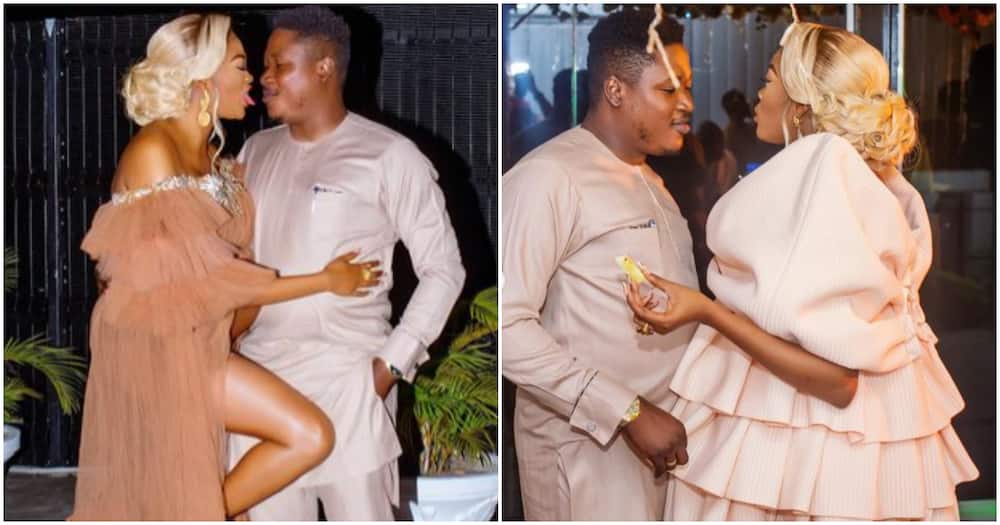 Weeks after announcing her first pregnancy, actress and skit creator Bukunmi Adeaga, better known as Kiekie, revealed the face of her husband.

The 32-year-old shared pictures of her and her husband Shonaola Ilori at an event on Instagram on Thursday, showcasing his face.

The actress also made light of the threat she made against her husband, who claimed he now has two children.

One day, I had the urge to threaten this man by asking, “How many children do you have? She wrote, “Now that he said two, that’s how I know it’s over.

On Tuesday, September 20, Kiekie revealed she was expecting a child in an Instagram post and released a music clip that featured her growing baby bump.