Davido blasts Governor Oyetola, says 'you are a bad human being' 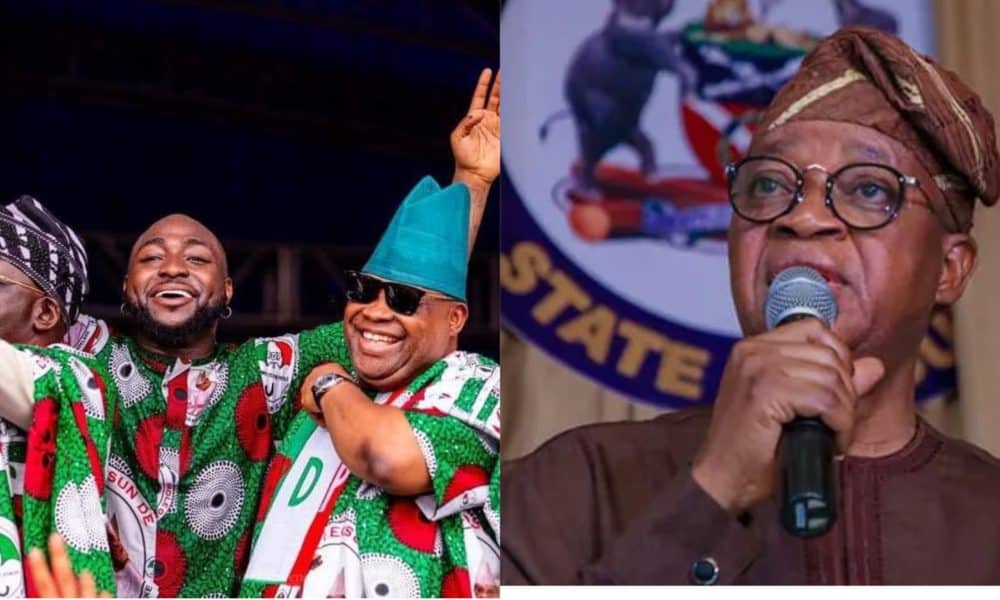 Davido made this statement in response to news that his uncle, the victor of the governorship election in Osun State, had acknowledged that there had been over-voting in his response to the petition challenging his election victory that was still pending before the Election Petition Tribunal.

Adeleke had denied the rumors spreading on social media in a statement on Sunday, adding that his defense was being misrepresented.

Rasheed Olawale, the governor-spokesperson, elect’s stated that Adeleke in his defense submitted to the Tribunal dismissed Osun State Governor Adegboyega Oyetola’s claim of over-voting in 750 polling units, highlighting the fact that the over-voting was caused by the BVAS report’s incomplete data and report’s lack of synchronization.

Reacting Davido urged the INEC to tell Nigerians if there was over-voting with its new BVAS Machine.

He tweeted, “You are actually just a bad human being @GboyegaOyetola no other way to put it, spreading lies everywhere destroying your legacy (not like you even have).

“It’s done and dusted @inecnigeria Abeg is there any such thing as over voting with your new BVAS Machine? NOV 27th WE MOVE.”