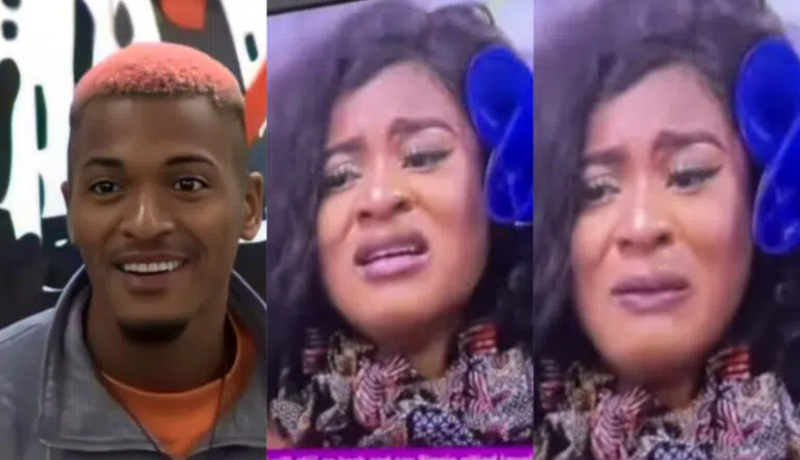 Phyna, a Big Brother Naija ‘Level Up’ housemate, is in astonishment following Biggie’s significant shake up in the house.

Recall that earlier, Biggie had given Deji the task of complaining about his Level 1 house, insisting that he wants to change levels. Biggie told him that he’ll make the swap on Friday. The only shocking part was that he was swapped alongside Groovy.

Phyna’s demeanor shifted as soon as the announcement was made. After that, she started crying uncontrollably and all of her level 2 housemates tried to comfort her.

Following Beauty’s disqualification, Amaka begged Phyna to act as a go-between for her and Groovy, prompting the latter to start dating him.

They had been arguing over little matters in the house when Phyna’s behavior had made a significant difference between them.

Amaka was seen comforting Phyna while faulting herself about their argument. She thought Phyna deserved Groovy since she had the guts to approach him and tell him what she wanted.