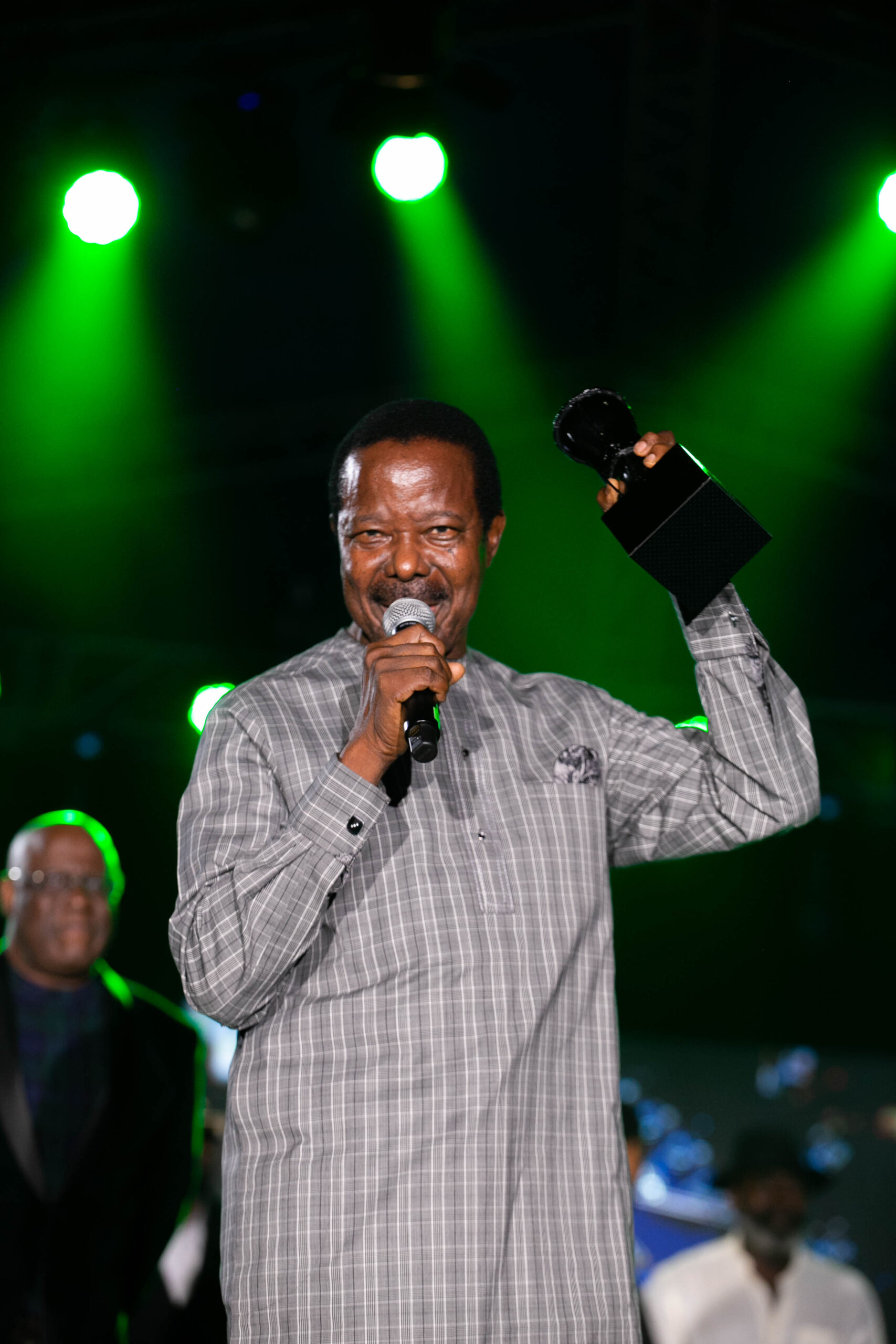 On Saturday, February 26, 2022, at The Amore Gardens, the ground-breaking Nigerian lifestyle tourism and hospitality consultancy firm, Estilo Da Vida for the first time ever, set a novel record for the induction of the first-ever Afrobeats Hall of Fame (ABHF) Induction Ceremony with the aim, to pay homage and honour African achievements in music.

The epoch-making induction ceremony to honour the artistry and the contributions made by those who have played major roles in the dissemination and creation of the art of African music inducted non-performing acts like Eddy Lawani, Sunday Are, Kenny Ogungbe, Dayo Adeneye, Obi Asika, DJ Jimmy Jatt amongst others into the Afrobeats Hall of Fame, while the lifetime achievement recognition went to Fela Kuti, Tony Odili, King Sunny Ade, Chief Ebenezer Obey, and Alhaji Sikiru Barrister.

While receiving the Honorary Award, Kenny Ogungbe AKA Baba Keke gushed: “Today we have the internet, from just one button, the whole world receives it. Being celebrated while we are alive is a privilege and this is an award I will never take for granted”. Dayo Adeneye ( D1) who also received this award by Alariwo of Africa, added that “We started the game of music before the interest..we introduced Nigeria to the UK musically.”

While Made Kuti, the grandchild of Fela received the award on behalf of his grandfather Fela saying “I feel honoured and blessed to receive this award on behalf of Abami Eda, Thank you for enjoying Fela’s music”, Barry Jhay who received the award for his father, Sikiru Ayinde Barrister, said: “We are here to celebrate my father’s life as the supreme master of Fuji music. Sikiru Ayinde was an astute storyteller who used his music to shape the opinion of life.”

Part of Afrobeats Hall of Fame’s objective is to include inspiring and engaging African people through the power of African music, building a serious level of credibility, respect and acceptance across Africa and the world to celebrate the historic and cultural significance of African music. With this induction ceremony, stakeholders have been brought together under the music canopy to create harmony, structure and a solid Afrobeats music foundation across Africa and the world.